The Shape Of Solitude (with Vidna Obmana)

nothing planned yet, but stay tuned... 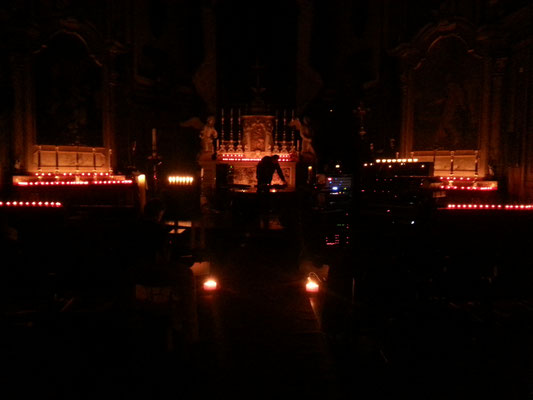 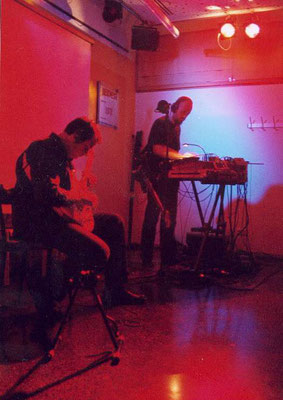 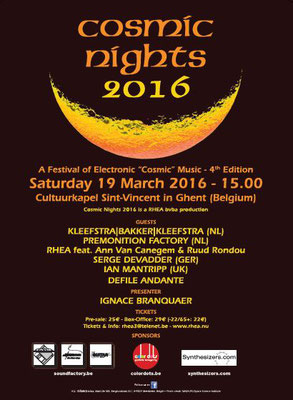 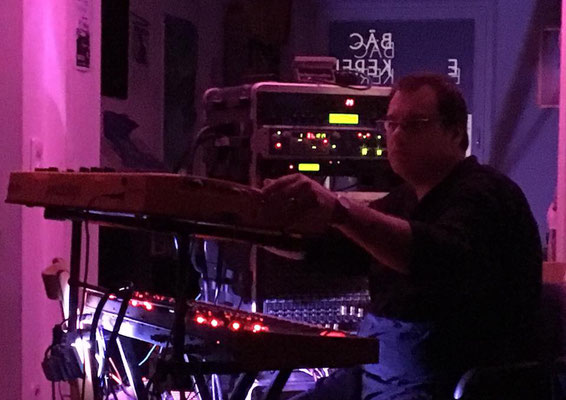 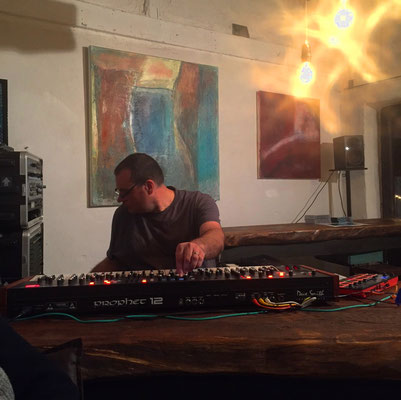 The visual art of my wife Birgit Schweimler has been a key source of inspiration for over two decades. Her paintings gave the covers of my first 3 solo albums their very distinctive look and perfectly catch the moods, textures and tones of the music.

I regularly contribute to exhibitions of her work with sound installations or live performances.

Visit Birgit's webpage for her view on our mix of "sound & colours".

In 2001 the Belgian company Fragminder released a solitary board game "Fragmind" which was based on analytical deduction methods used in molecular biology. To promote the game, an electronic PC-based version was also released for which I designed the interactive event-noises and soundscapes.

The 1 hour track below (Fragmind - recycled & expanded) is a further exploration of the sounds I made for the game.